The Indian economy is growing in the recent years. According to data from the International Monetary Fund, today it’s the fastest growing economy and the seventh largest economy in the world. Among the most developed sectors we find in addition to mining (in India 80% of the extraction concerns the production of coal) is also the food processing sector, which is enjoying success, thanks also to economic incentives provided by the Indian Government.

In 2018, Indian imports reached 421 billion euro, realizing a significant growth, as shown in the chart below. Raw materials, including energy raw materials, ores, raw wood, etc. excel with 37% of the total import. Follow then, with 21%, from industrial raw materials (steel, copper, aluminum etc.). 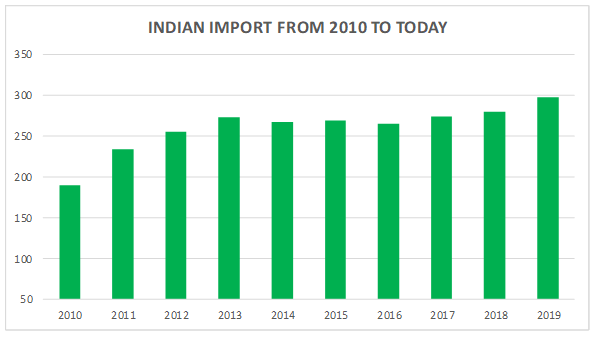 The growth and liberalization of the food processing sector has made the Indian market even more attractive for foreign entrepreneurs. India is the second largest food producer in the world after China, but the waste along the chain that leads to the consumer is around 40% (about 10 million dollars). The causes are mainly due to the inadequacy of the infrastructures.

In the last 15 years, the sector obtained investments of around 6.2 billion euros and is estimated to reach 30 billion over the next 10 years, while in the last 5, the sector has grown by 9%. The agricultural sector is one of the largest in the world, just think that its production constitutes 8% of the world one.

These factors combine to create great demand for machinery for food processing. In this context, Italian and European companies certainly have the opportunity to satisfy this demand and acquire a decisive role. In recent years there has been an increase of 17% in the export of Indian food production machinery to India, placing the “beautiful country” in second place, behind China. Furthermore, the Central Bank classifies the sector as a “priority sector lending”, encouraging the provision of loans to companies (including foreign ones) operating in the sector. 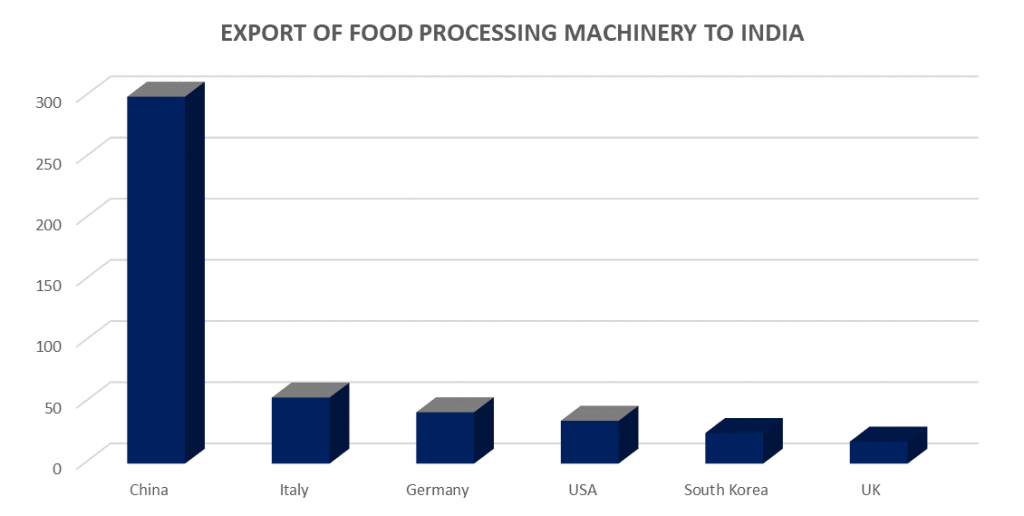 The Indian economy is growing in the recent years. According to data from the International Monetary Fund, today it’s the fastest growing economy and the seventh largest economy in the ...
Read More
Multimedia
What people say about us